Symptom: Seller claims the board to be "cleaned".

I have found this board for sale at a very nice price. Although it is a bootleg, it's not that easy to find this pearl of Nichibutsu's portfolio around. As with every arcade purchase that comes at a nice price, no way this board was going to be working; but at least the seller didn't advertise it as such. He just mentioned that he cleaned it. Here's a couple of photos before even touching it.

Once the board arrived, the first thing that struck my eyes was the look of it: main connector, presumably jamma, on the bottom board and ribbon cable connectors not aligned with one another thereby forcing the cables themselves in a strange slanted path. Very fishy, so I took the stack apart and decided to start verifying things around first. I started by checking that the pinout was really as Jamma as it was looking. +5V and GND on the CPU board were going to the right places, but +12V was not reaching the power amp which is located on the audio/sprites board. Enough of a confirmation that the audio/sprites board had been flipped and therefore connected the other way around. Connecting it the right way magically connected the +12V pin of the Jamma connector to the power amp's supply pin. :)

It was now time to apply power and see what other problems would pop up. Luckily the game started, did not crash, had perfect sound and it was even perfectly playable. It just had the sprite colors messed up, not to talk about the ugly title screen which is characteristic of this specific bootleg.

Very easy theory: the seller had a perfectly working board, which was however kind of dirty. He therefore decided to separate the boards, thoroughly clean them one by one and then reassemble the stack. Too bad he didn't remember how the boards were connected together, and he ended up connecting the audio board flipped with respect to its original position. Result: the moment he applied power he fried the game. As the game was now mostly working, it was very easy to prove this theory: I searched the ribbon cable connector for the exact position where +12V was reaching the audio/sprites board, and located two pins used for this purpose. By mentally flipping the board I figured out were +12V had been wrongly connected to on the audio/sprites board when the game got powered up after cleaning, which traced down to pins 9 and 12 (two outputs) of the 74LS157 at F3. Luckily no unreplaceable component was involved. I took my comparator out of the closet and...

Bingo! Pins 9 and 12 completely fried. Just think of those poor totem pole outputs trying to impose a low logic level to a low impedance +12V power source! Ouch! That hurts! This fully confirmed my theory and almost made me roll on the floor laughing. I socketed and replaced the guilty IC and ... 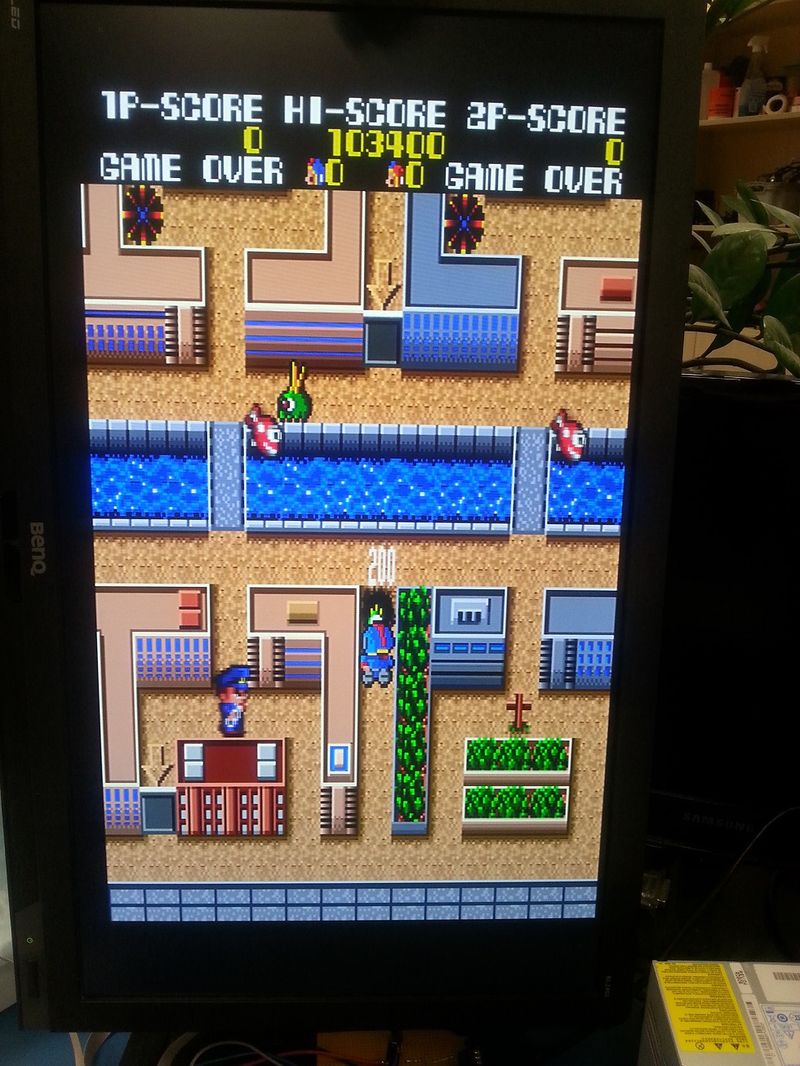 Voilà! Game fixed. Now there was one last disturbing thing: that ugly title screen. According to MAME, this is just a graphics hack which involves EPROMs 1-M and 1-O. I dumped them and they fully matched the ones of the set boobhack. A little bit of erasing and reprogramming those two chips finally brought this game really back to life. 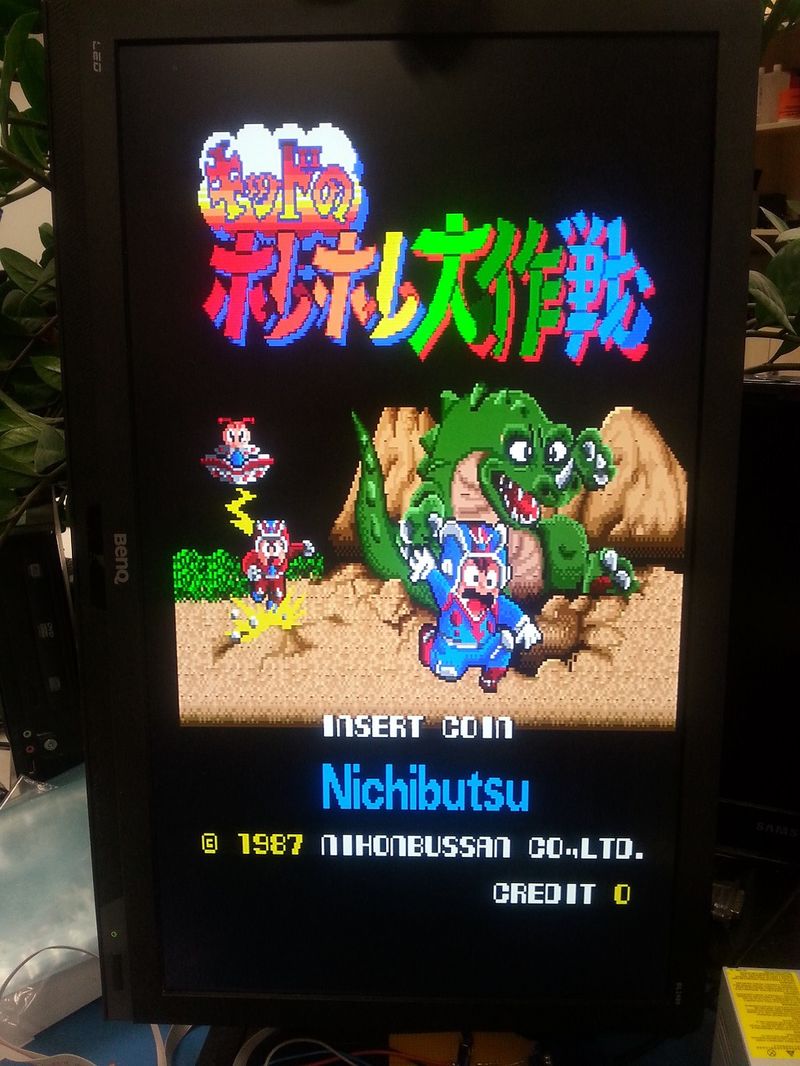 Nichibutsu has a very useful service mode screen in this game, which allowed me to quickly configure and test all dip switches as well as test all user inputs and the sound generator. I wish all repairs were this easy and lucky! To those who have never played this game, I highly suggest to give it a go; once you learn the mechanics and the several tricks it allows, it becomes a lot of fun.