When I started this repair I was a bit anxious, the hardware is complex (Twin 16), composed of two boards (sometimes 3 with an additionnal ROM board) and they were heavily Fujitsu populated...
After inspection I noticed one capacitor in the sound section was attached by one leg, same for the 640kHz crystal used for voice effects but this shouldn't stop the board from booting. I powered it: board was displaying a garbage screen flickering at fixed interval. 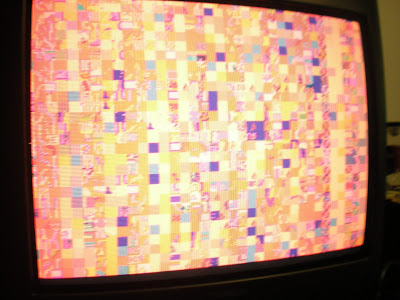 Clearly the game was stuck in a reset loop caused by the watchdog, probably because no valid code was executed. This can have many causes: bad CPU, bad RAMs, bad ROMs, bad TTL in between them, broken traces... I first dumped the program ROMs and my programmer reported the one @ 8S to have loose connections: 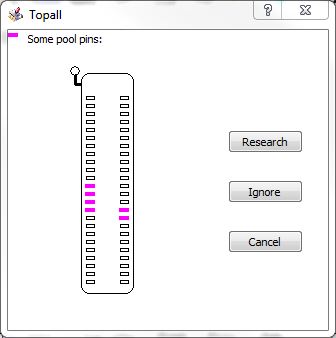 I burnt a new one in a W27C512 (EEPROM version of the UVPROM 27C512) to keep the board looking as close as possible as original (I find it most ugly to have only one ceramic ROM in the middle of plastic mask ROMs). This changed nothing...
It was time to probe the evil Fujitsu chips. I found a LS244 @ 6L on top board with floating outputs. I fitted a good one and... Game died completely: no RGB signals, no sync... Probing the edge connector revealed signals were all stuck low. They were going through a LS07 @ 1K (top board). It had all its outputs floating. Again, I fitted a good one and game booted to the RAM/ROM test: 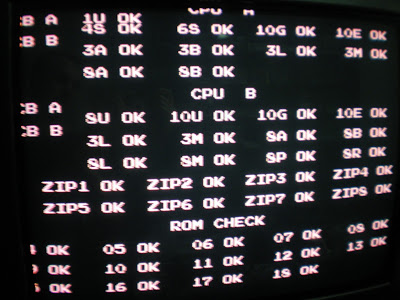 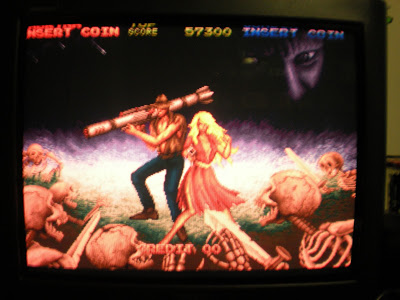 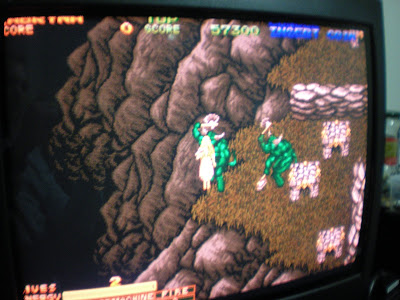 Except for sound: I fitted a new capacitor (2.2nF) and a new oscillator (640kHz) and things were back to normal. 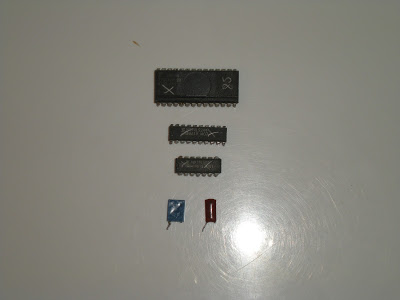